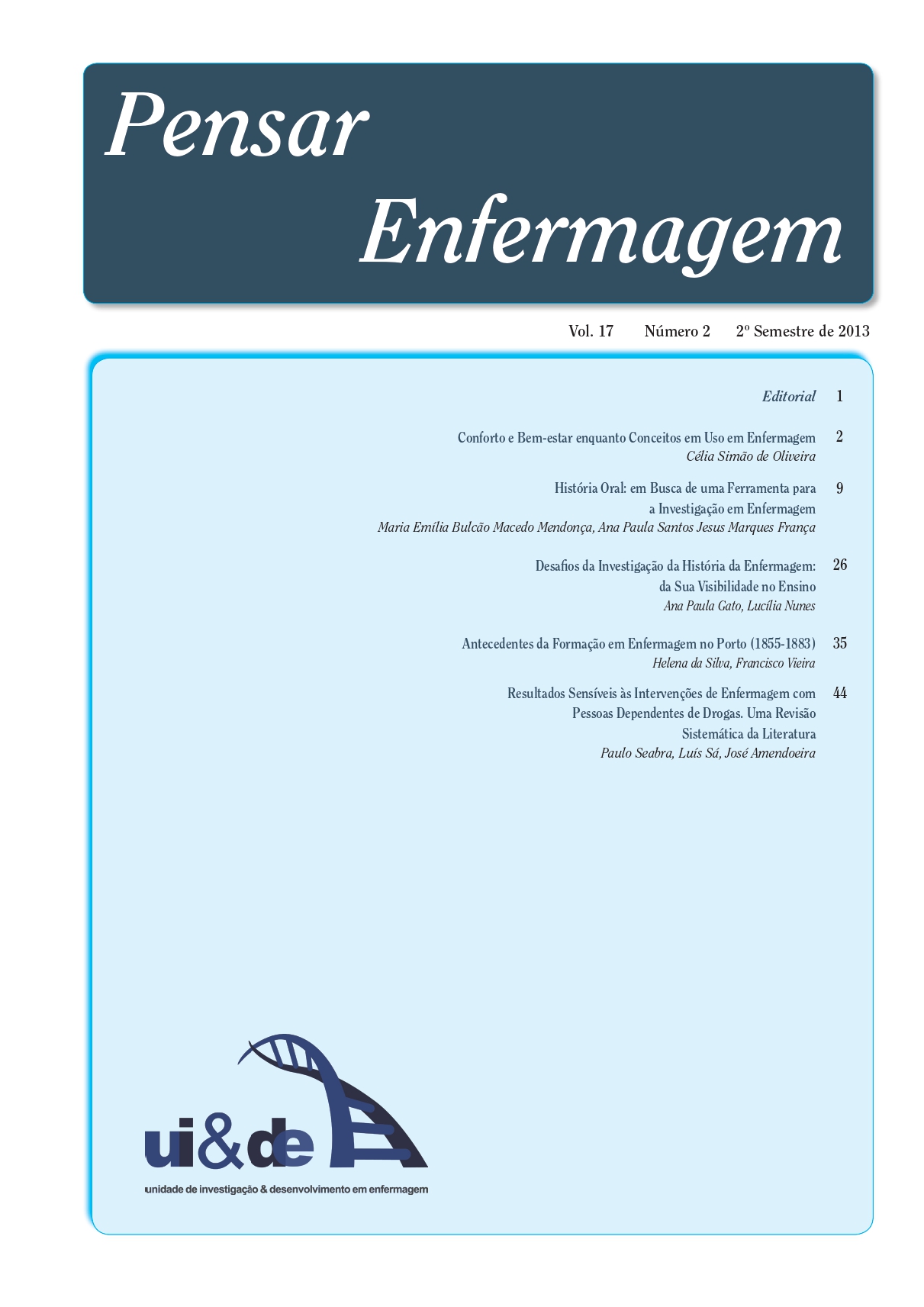 This work is licensed under a Creative Commons Attribution 4.0 International License.

European nursing as we know it was influenced by the work of Florence Nightingale, who established the basis for nurses’ professional training. According with 19th century literature, nursing was practiced by auxiliary staff, without any technical knowledge or moral qualities to fulfill their functions, everyday more demanding due to technical and scientific progress. Portuguese nursing was no exception. This article analyses the slow evolution of the nursing craft in the specific case of Porto (Portugal) during the second half of the 19th century. The sources used are manuscript and printed coeval documents kept at the
Central Library of the Hospital Centre of Porto and at the Archives of the Holy House of Mercy of Porto. As for the methodology, procedures of documental analysis were used, as well as the contextualization and categorization of the documents, and the cross referencing of contents and sources. It was found that there was an ongoing moral reform of the nursing ward staff that aimed
to provide them with the basic concepts of professional deontology and an acceptable social conduct. We have concluded that in Porto these reforms were precursors of the need to give nurses a specific training for an effective health care.