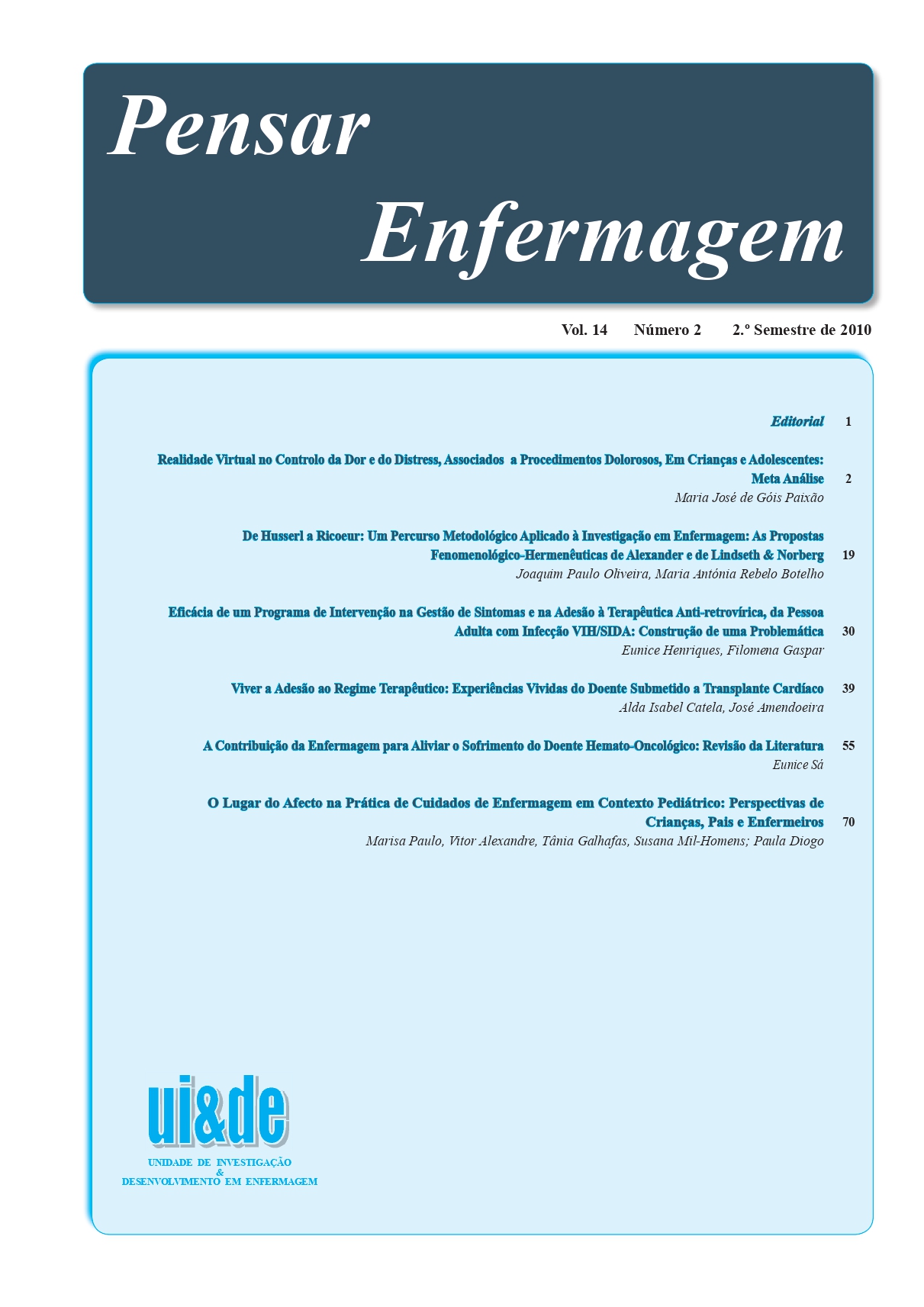 This work is licensed under a Creative Commons Attribution 4.0 International License.

In nursing care practice, love has been appointed as a characteristic which defines Care, so that the original concept – caring – which has its roots in English language, is used as a synonym of love, affection and endearment or being thoughtful or caring. The affective dimension of nursing on a paediatrics setting acquires peculiar outlines since children/ youngsters arouse in their caregivers feelings of bonding, love and affection, which lead to the development of protective relationships enriched by an emotional sharing. On the other hand, children/youngsters experiencing a situation of illness and hospitalization, as well as their families, benefit from the creation of relational contexts with an emotional tone. However, several questions are raised, which support as well criticise the theme of affection/love, which are worthy of intra and interdisciplinary scientific debate. Through a systematic review of the literature we can better understand the place that affection has in the nurseclient relationship in a paediatric context and in this manner contribute towards the scientific debate. For this purpose, six research papers were identified and analyzed in the light of the PI(C)OD method. The results show that the affection is strongly present in nurse’s attitudes, on their actions and the environment of nursing care, according to the perspectives of those involved: children, youngsters, parents and nurses. In conclusion, affection positively affects multiple aspects of nursing care in paediatric context, not only encompassing a moment/ action/particular interaction, and promotes the welfare of clients in situations of illness and hospitalization.